COVID-19 Update: Best Technology remains open to serve our medical device, aerospace and other industry customers during the COVID-19 crisis. Thank you to our customers for your continued loyalty.
Request Info

Solvent recovery and chemical disposal can become an expensive yet unplanned cost for solvent processes like vapor degreasing. Solvent recycling equipment can separate and remove soils, debris and oils from solvent through a process called distillation. These used solvent recovery systems can recycle most cleaning solvents, reduce solvent purchases by 95%+ and chemical waste disposal cost by 90%+.

Most solvents can be recycled and recovered with solvent recovery equipment including: 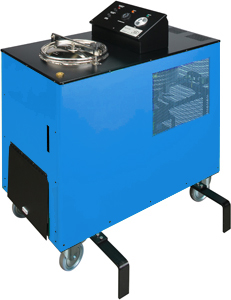 Solvent recovery systems use the process of distillation, which separates volatile and nonvolatile solutions in a solvent. The solution is boiled and the vapors are condensed back into liquid in a separate tank, very similar to how a vapor degreaser works. The various constituents of the solvent and contaminants each boil at different temperatures: typically oils and soils are much higher than solvents. A good example of this is paint thinner which is used to clean paint off paint guns and parts; the solvent will boil at much lower temperatures than paint, so boiling the mix will result in condensed pure solvent in a separate tank and the paint sludge components in another. 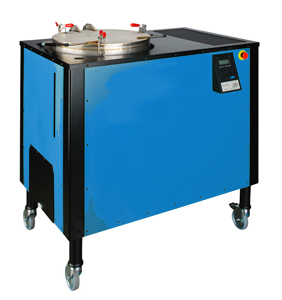 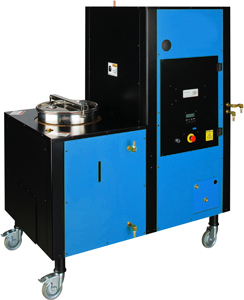