For solvent processes like vapor degreasing, chemical disposal can be unexpectedly expensive. A solvent recycler machine not only reduces chemical disposal costs, but also new solvent purchases. Solvent recovery equipment can recycle and recover most solvents, including: 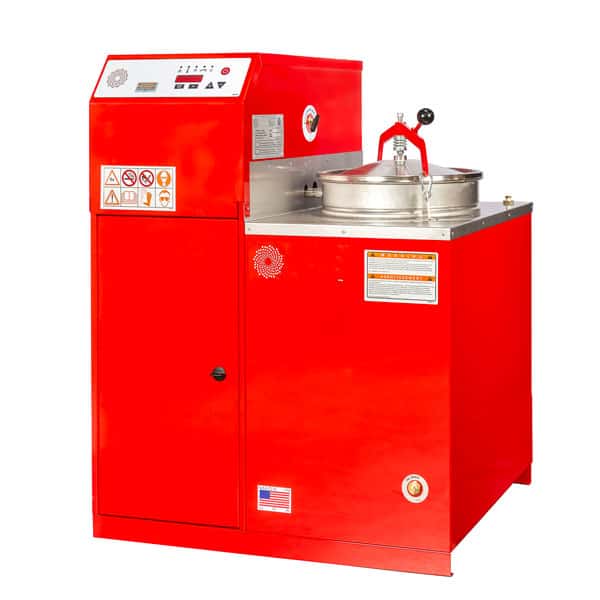 Solvent recovery systems use the process of distillation, which separates volatile and nonvolatile solutions in a solvent. The solution is boiled and the vapors are condensed back into liquid in a separate tank, very similar to how a vapor degreaser works. The various constituents of the solvent and contaminants each boil at different temperatures: typically oils and soils are much higher than solvents. A good example of this is paint thinner which is used to clean paint off paint guns and parts; the solvent boils at a much lower temperature than paint, so boiling the mix will result in condensed pure solvent in one tank and paint sludge components in another tank. A solvent recycling machine is also sometimes called a paint thinner recycler. 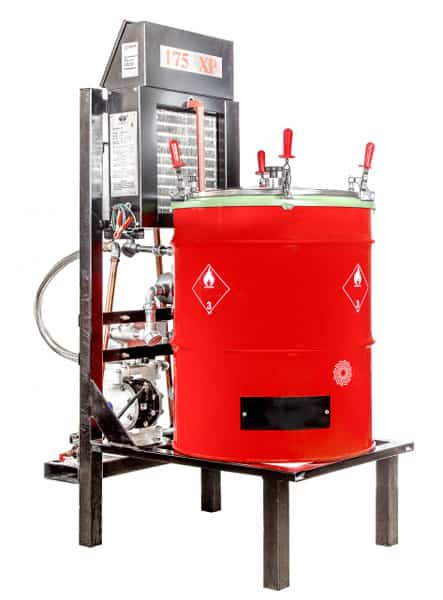 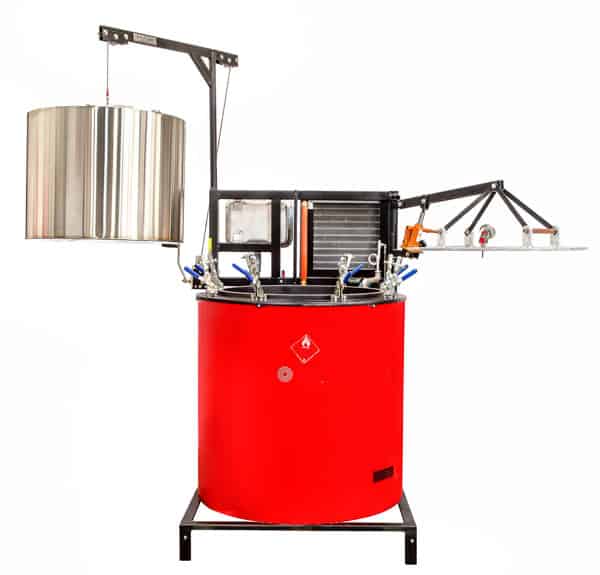