Use of the solvent n-propyl bromide (nPB), also known as 1-bromopropane or 1-BP, grew considerably in the early 2000s, but as of February 2022 it was added to the U.S. Environmental Protection Agency’s Clean Air Act list of Hazardous Air Pollutants. According to the Federal Register, this is the first time that the EPA has added a substance to the list of Hazardous Air Pollutants since Congress created it in 1990. 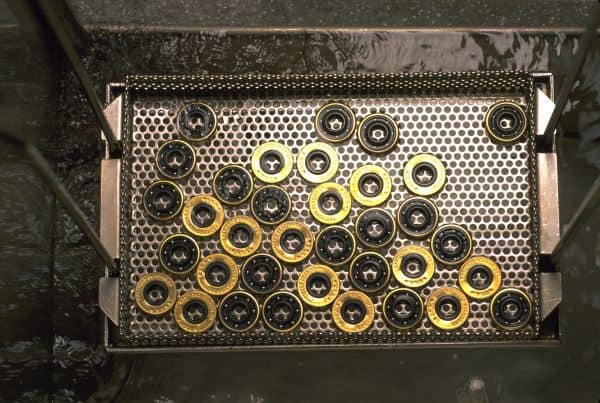 And with good reason. The chemical nPB has been used for solvent cleaning in vapor degreasers for cleaning metals, optics and electronics, and as an aerosol solvent for aircraft maintenance, but it’s not a safe solvent. Here are summaries of a couple of articles detailing the hazards and toxicity of nPB, which give rise to the need for nPB replacement solutions:

Dr. David Michaels, assistant secretary of labor for occupational safety and health, said, “Workers exposed to this toxic chemical (nPb) can suffer serious health effects, even long after exposure has ended. Hazardous exposure to 1-BP must be prevented. Employers have a responsibility to ensure the safety of their workers.”  The article goes on to mention, “Exposure to 1-BP has been associated with damage to the nervous system among workers, and it has been shown to cause reproductive harm in animal studies…. The most effective way to protect workers from exposure is to eliminate the use of 1-BP, substituting the chemical with a less toxic substance or less hazardous material.”

In early 2012, the American Conference of Governmental Industrial Hygienists (ACGIH) released a Notice of Intended Change to reclassify 1-BP as a “Confirmed Animal Carcinogen with Unknown Relevance to Humans” and to lower the TLV-TWA (threshold limit value – time-weighted average) from 10 ppm to 0.1 ppm. This change took effect in 2014. The 8-hour TLV-TWA for nPB, as determined by the ACGIH, is now 0.1 ppm.

According to the Agency for Toxic Substances and Disease Registry Toxicological Profile for 1-Bromopropane, adverse health effects from exposure to nPB include:

For vapor degreasing applications, 3M™ Novec™ Engineered Fluids such as 3M™ Novec™ 73DE provide a safe and sustainable replacement for n-propyl bromide. 3M™ Novec™ 73DE is a heavy-duty cleaning solvent with an exposure limit of 195 ppm (molar weighted average of the component 8-hour threshold limit values). This makes its exposure limit almost 2000 times that of nPB.

For ease of nPB replacement, 3M™ Novec™ solvents are typically a drop-in replacement in most vapor degreasers, without requiring costly purchase or upgrade of existing manufacturing equipment. Cleaning trials with Novec™ 73DE fluid have proven performance comparable to nPB for vapor degreasing.