Depending on the armament barrel size, barrel length and additional components needing cleaning, immersion-style systems with ultrasonics are an excellent option.

This ultrasonic gun cleaning system allows for automated wash, rinse, and dry of armament components in a single-chambered unit. The automated system moves fluids from heated storage tanks into a single ultrasonic process tank, rather than moving a basket through a series of tanks.

The ultrasonic gun cleaning tank flushes cleaning solution around and through the parts. Ultrasonics in the system ensure complete, uniform cleaning inside the barrel and other interior gun features. A final hot-air drying step ensures a spot-free finish. 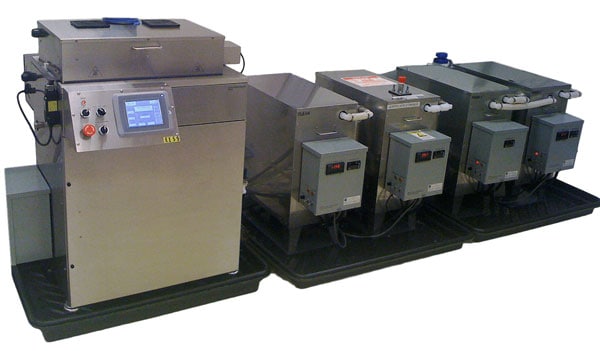 Another excellent option for military gun and weapon cleaning is vapor degreasing. The vapor degreaser gun cleaning tank performs its cleaning without water immersion, thus reducing the possibility of rust formation. Instead the cleaning action takes place using vaporized solvent. The vaporized solvent is especially effective at removing true oils and other petroleum-based fluids from both the interior and exterior of guns and military weapons.

Because the vaporized solvent has a lower surface tension than water, the solvent can reach inside holes and cavities that water cannot, leading to more effective cleaning action. The vapor degreaser gun cleaner also offers the advantage of rapid drying after cleaning. 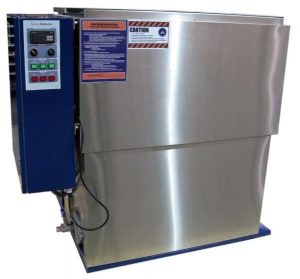